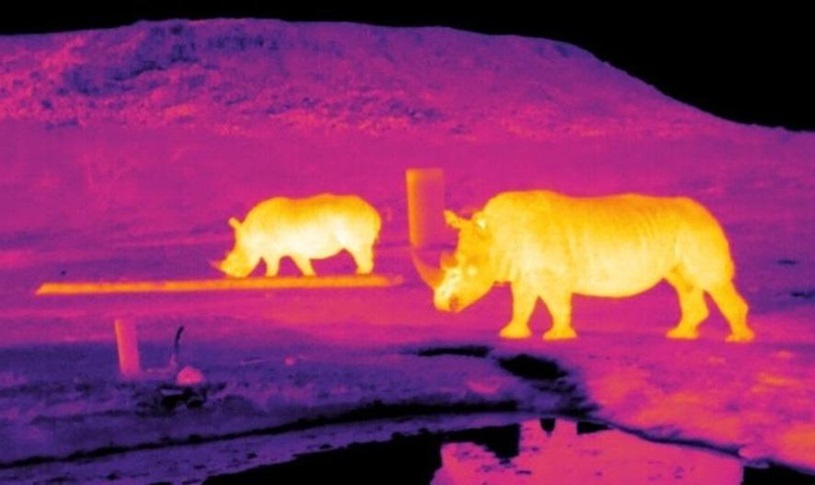 The unfamiliarity of seeing in the dark has captured people’s imagination for millennia, and have employed torches like flashlights, fire, and night vision goggles that help amplify the smallest traces of remaining light to help people see in the dark.

A newcomer in the night vision industry is thermal cameras, but what exactly is this device? How do thermal cams work? And what are their applications in the wildlife industry? In this article, we will answer some of the frequently asked questions about this device and what are their uses in wildlife conservation and management.

Also known as Infrared (IR) Thermography, thermal imaging is a way to improve the visibility of people, vehicles, or objects, even in a dark environment. Thermal cams can detect heat that was given off by objects or persons and help capture the variation in object temperature around us.

To find out more about Infrared radiation, click here for more info.

It creates images of radiation called thermograms, displaying relative temperatures of various objects with various colors or shades. With thermogram, objects that emit heat like cars, animals, or people, stand out in contrast to color backgrounds. Thermal cameras cannot see through windows because windows itself emit some amount of heat, which is what the sensor will detect.

This type of technology is used to help identify humans during surveillance or military operations at night. Search and rescue, first responders like Emergency Medical Teams and firefighters that use thermal sensors can search people who were trapped behind smoke, rubles, or hard-to-reach places.

On a finer scale, this type of imaging is a non-invasive and safe way of sensing temp distribution patterns on the body surface, making them an effective tool to help monitor physiological changes in warm-blooded animals, including humans.

How does it work?

Thermal or thermographic cams detect radiation in the long-wave IR or Infrared range of the EM or Electromagnetic Spectrum (wavelengths of eight to fourteen micrometers). It contrasts with digital cams and regular films that can detect light only in part of the EM spectrum that is visible to our eyes.

It is also known as the visible spectrum that has a size of 0.40 to 0.75 micrometers. Thermal cams can visualize objects with and without light, since every object with a temperature above -273°Celsius, -459°Fahrenheit, or 0 Kelvin or absolute zero, emit IR radiation. Most devices can only see people or objects warmer than -50°C or -122°F. 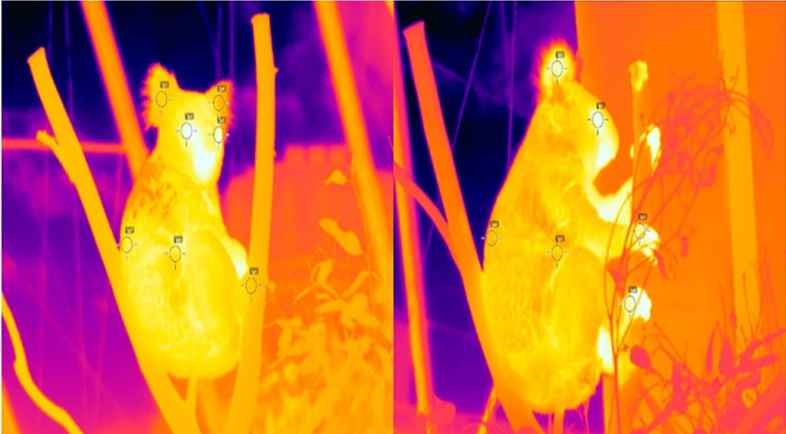 Are night vision and thermal imaging the same thing?

The answer is no. Both share the common purpose of increasing visibility in lower light conditions, but the technology is different. Night vision or NV works by amplifying the collected light, including some short-wavelength IR radiation, while thermal imaging captures the longer wavelength of infrared. Not only that, but NV also uses NIR or Near-Infrared radiation that has 0.75 to 1.40 micrometers, while most TI is based on long-wavelength with 8 to 14 micrometers IR radiation.

How does night vision work? Visit https://www.explainthatstuff.com/hownightvisionworks.html to find out more.

Do these types of cameras only work during night time?

The answer is a resounding no. Although TI cams are usually used during the night for nighttime vision, they can also be used during the daytime. The Heat radiation detection and high contrast of TIC allow users to see outlines of animals (especially warm-blooded animals like humans) that uses camouflage as its primary defense mechanism.

It can also help differentiate people or animals in smoky or foggy conditions. This type of technology has been proven to help reduce or minimize the negative impacts of the agricultural operation on wildlife that helps grow crops like ground-nesting birds, fawns, and hares. In 2012, experts in Denmark developed a tractor-mounted device that combines image-processing software and thermography to identify animals during farming operations like mowing automatically. 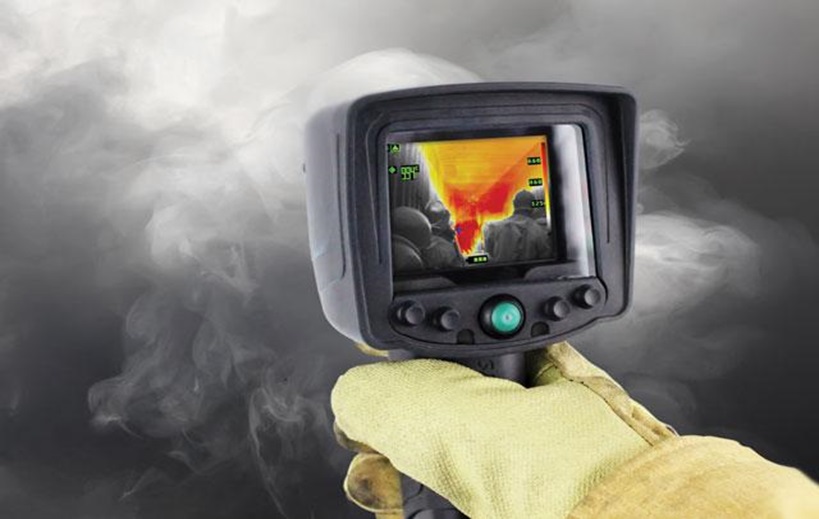 People can also use this technology to catch poachers

Anti-poaching organizations can use applications of TI like body heat detection in their services. Most poaching operations happen during nighttime, as poachers use the cover of darkness to avoid detection by conservationists, park rangers, and wildlife officials.

Poaching of animals with ivory tusks like elephants, walruses, and rhinos, has been linked to terror organizations. As poaching these animals becomes highly militarized, wildlife officials and conservationists use TI to help improve their success in protecting endangered species in the wild. A couple of years ago, the Maa

Maasai Mara Conservation in Kenya used TI devices to help them with their anti-poaching efforts. It includes mounting thermal cams on their vehicles and using handheld Infrared viewfinders.

These types of devices are usually used to film wildlife activities (for documentary purposes) during the night. This kind of technology has enabled filmmakers to take a closer look or capture never-before-seen or rare footage of animals in their natural habitat, including leopards hinting in Mumbai residential area, as well as night footage of leopards in Sri Lanka doing their mating rituals. Even during the day, these types of cameras can also help film crews spot leopards, tigers, or lions that were well camouflaged behind vegetation.